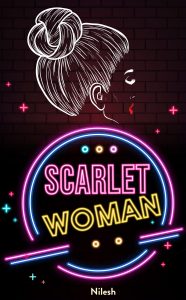 Meet Nitesh. A 27-year-old software engineer, living in New York and working hard to fulfil his dreams at one of the biggest multinational corporations in the world. He is also an Indian bachelor, embarrassed by his status as a virgin and frustrated by his mother’s demands of bringing home a ‘well-bred wife’ for himself.
When given an opportunity to work on a project in Bangkok for a year, he immediately agrees, yearning to escape his ordinary life. While exploring the sultry and enticing world of Bangkok’s sex trade, he meets Sanya—a Russian sex worker.
As they become invested in a passionate physical and emotional affair, Nitesh slowly discovers her tragic past and commits himself to helping her in any way he can. Inspired by Sanya, Nitesh ventures onto a path to revolutionise the sex industry by completely cutting out the involvement of the pimps and preventing the discrimination against prostitutes.
Will Nitesh be successful in transforming the lives of thousands of sex workers? Or will the stigma and violence surrounding the act of selling sex negate all his efforts?