The greatest villain of our legends, burnt down every year, reduced to ashes again and again, only to rise anew. His is a cycle of death and rebirth that never ends, a legend that refuses to die. And there is a reason for that.

The tale of Rāvan still screams to be told, to break free of the falsehoods that have buried his truth. But in the vastness of our myths, there are bits and pieces of his legend scattered all around, leading us to the truth of what could well be the greatest unsolved mystery of all time. The truth of Rāvan’s life, and his death by a God in mortal flesh…

Rāvan’s origin, as the descendant of Lord Brahma, his devotion to Shiva and his conquest of Swarga speak of a great king, stronger and wiser than even the Devas. How then does he succumb to lust, cowardice and finally, foolhardiness?

And what was Rāvan’s sin that made his death necessary? The abduction of Sitā was a mere front, for the Rām avatar had been born long before that. Why did Vishnu stand against him, when he was blessed by both Shiva and Brahma? How was Rāvan, blessed with invincibility, defeated so conveniently, by a God in human flesh? Could Rāvan not have thought of that, and prepared against it?

And why did Shiva allow the death of his greatest worshipper, the one he himself had named?

What if the Rāmayan was just a part of a greater story, a cosmic game
of chess between Vishnu and Rāvan? What if our greatest epic is merely the end of a tale that had begun long ago? 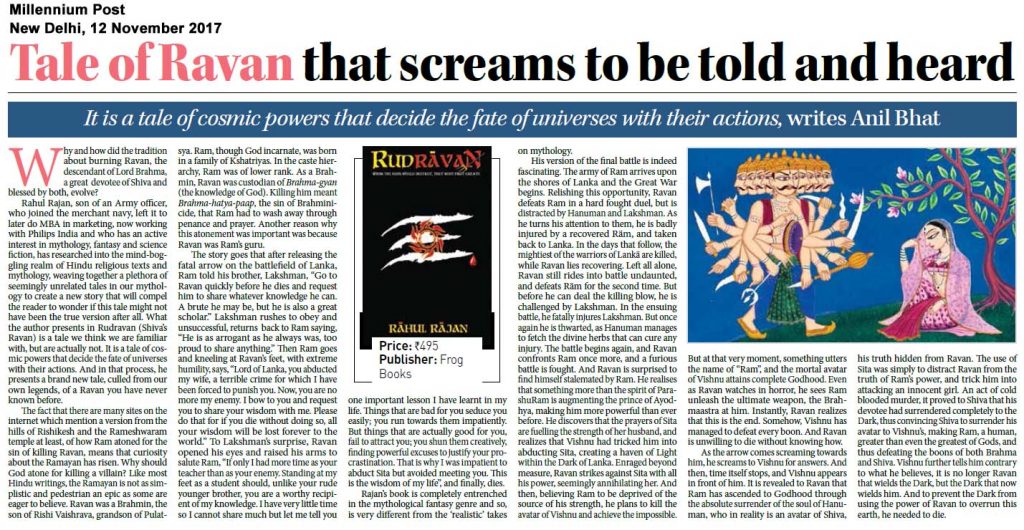