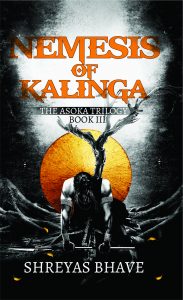 Five years have passed since the end of the Mauryan Civil War. Samrat Asoka rules the Indian sub-continent from his capital, Patliputra. His brutal wars of conquest have earned him the name Chandasoka (Evil One). His enemies fear him, as do his own people. But the maritime republic of Kalinga stands free in the south-east, the last Mahajanpada, inspired by the values of democracy, equality and peace. In Book III of the epic Asoka Trilogy lies the answer to the great question: Who will be remembered as the greatest Samrat of the land of the Aryas?