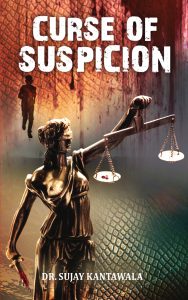 Duryodhan, a middle aged lawyer, suspects his wife of cheating and wants to kill her. So he employs a snake handler to place a venomous snake in his wife’s bed. But the cops arrest his teenaged son who can speak with snakes. Will the son carry the blame for his father’s crime or go scot free?

“The book is refreshing to read especially when written by a fine capable lawyer. Sujay has kept the reader in the grip of the story which moves at a steady pace. The varied emotions have been keenly captured and the message in the end is something for all of us to never forget. It was indeed a pleasurable book to read after a long time” -Mukul Rohatgi, Senior Advocate, Former Attorney General for India.