The Indian sub – continent is ruled by three tyrannical Sultanates… the powerful Mughals
in the North, and the Shia rulers – Adilshah and Qutubshah in the South. The native population, supressed for centuries, is subjected to slavery, bigotry, injustice and even torture. Through generations of subservience, the very idea of freedom has been wiped from their minds.

As incessant battles rage between the Sultanates, the soldiers who fight and die
on the battlefields are mostly Marathas, sons of the soil. Villages and crops are repeatedly razed by the invading armies, men killed in both peacetime and war, their women abducted.
Maharashtra, once a prosperous land ruled by competent native rulers and inhabited by
peaceful people, has been reduced almost to a wasteland.

In this dark era, the sixteen-year-old son of an Adilshahi jagirdar stands up to declare:
“I shall not serve, and neither shall my people!” The dream of a free State and an identity for his peoplesmouldering in his heart, he dares to rebel against the powerful Sultan, Adilshah. He begins with nothing… no army, no weapons and an empty treasury. Yet he achieves what no soldier, chieftain or king has ever achieved in defiance of the imperialists who rule.

300 Brave Men is the incredible story of Chhatrapati Shivaji Raje Bhosale, a legendary warrior king, guerrilla fighter, brilliant tactician and clever diplomat. But above all, a remarkable human being. You have read history… now read his story…” 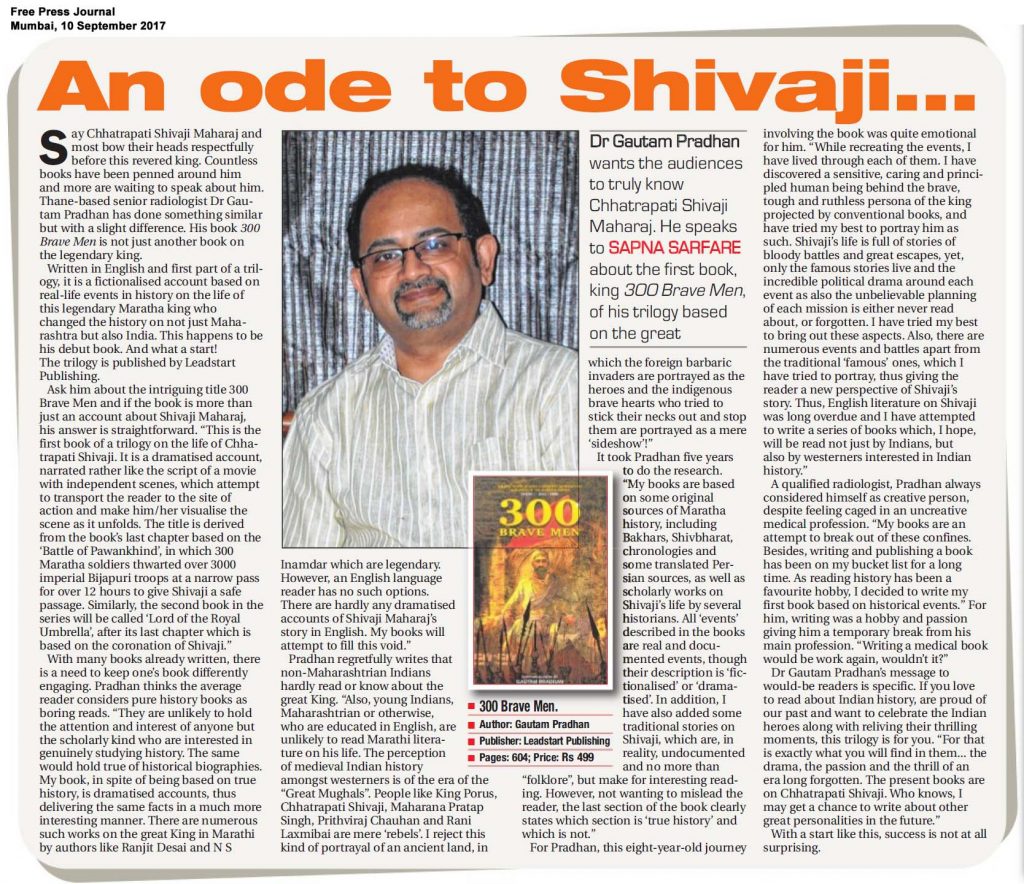