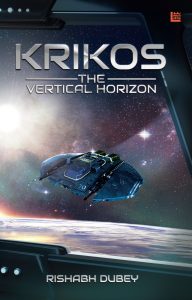 I wrote my first book at the age of 15, I am agnostic yet spiritual, I am ambidextrous

I might not be able to complete the last story I'd ever start telling.

Standing on the podium as the guest of honour at my school just four years after graduating. Standing there, numb and nervous as I did, and gathering the courage to tell them all to quit giving in to obstacles and just reach out for even the most absurd of their dreams and ambitions.

When I held the author's copy of my first book. The high point was when I gave that copy to my mother and she gave the most serene expression as a reply.

When I was 17, and was trying to pitch my first book to every publisher out there. I didn't know then what I know now - that every rejection opens a plethora of opportunities for acceptance.

I look up the most to the journey, the resolve, the beliefs, the preaching, the attitude and the overall being of Mr. Shahrukh Khan. Behind the translucent veil of entertainment media, I somewhat see a kind yet lonely soul, which has worked damn hard to reach this far against all odds; but is still in pursuit of something greater than themselves.

Forrest Gump, from the movie with the same name.

The Fountainhead, The Godfather, Foundation, The Hitchhiker's Guide to the Galaxy, Godaan

The Hitchhiker's Guide to the Galaxy - it's damn funny, and probabilistically practical, which makes it funnier.

Ability to heal others, physically and emotionally.

Who told stories till he became one...

Would spend my adolescence in the Early Vedic Period in the Sindhu Valley, Adult Life traversing Europe during the Renaissance, and silver years in the 22nd century (for a sneak peek into the world we create ahead). I would leave my childhood as it is, since it was spent pretty well when it was.

The ability to understand and converse in all languages of the world.

None - A book is a writer's brainchild and treasure. Howsoever it is perceived by the readers, I cannot encroach upon someone's treasure.

I generally write during the night. But, stories and poems can strike me anywhere and anytime; so, I am always carrying a diary and a pen (if not a mobile phone or a laptop).

Love both Silence and Music.

The impossible of yesterday is the science of today.

I write the first chapter of my book thrice, perhaps even going along the same plot and beginning each time, without reading the preceding one even once. I discard the first two without having a look, and build upon the third one thereon.

The only thing that you can do to be a better writer is writing more.

Rishabh Dubey, known by his pen-name 'Kridious', is a young author, poet and musician hailing from the city of Lucknow, India. Dubey is credited with writing and publishing six books so far in diverse genres of Science Fiction, Poetry, Fantasy, Anthology and Literary Fiction. He published his first book, The Mangoman, at the age of 18. A natural tech aficionado, Dubey pursued Computer Science as a profession whilst exploring Science Fiction as his passion. He is currently residing in the city of Mumbai, India and working on sequels to his published books. Rishabh also began an initiative, called 'The Voices of Silence', to give a platform to young aspiring authors of India to showcase their work without any hindrances.