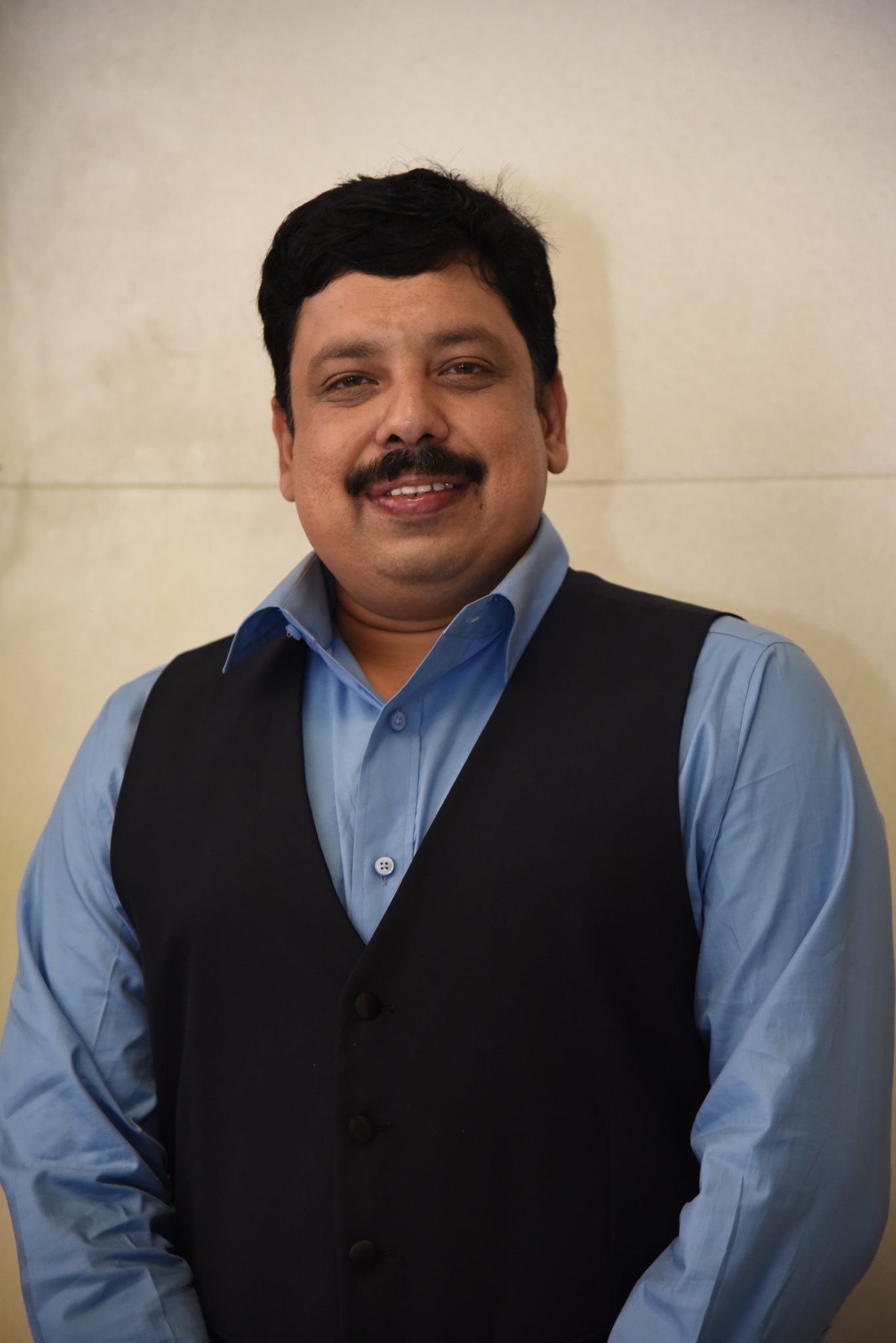 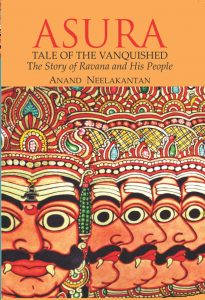 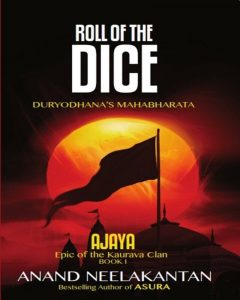 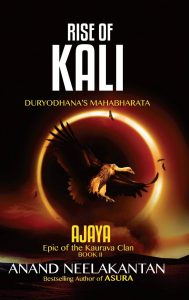 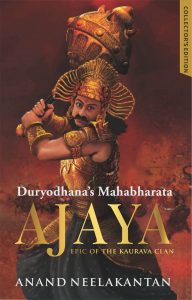 If I answer that it will no longer remain unknown.

It is in the future

Birth of my children

Death of my parents

To be invisible and be present wherever I want to be.

In the era of Dinosaurs for childhood, as a sailor in my youth during classical Hindu era and sail down to Cambodia, as a freedom fighter following Gandhiji for my silver years.

Does not matter. I do not hear anything while I write except my characters.

Write every day. No superstitions.

The more you read the better you write

I was born in a quaint little village called Thripoonithura, on the outskirts of Cochin, Kerala. Located east of mainland Ernakulam, across Vembanad Lake, this village had the distinction of being the seat of the Cochin royal family. However, it was more famous for its hundred odd temples; the various classical artists it produced and its music school. I remember many an evening listening to the faint rhythm of Chendas from the temples and the notes of the flute escaping over the rugged walls of the school of music. Gulf money and the rapidly expanding city of Cochin have, however, wiped away all remaining vestiges of that old world charm. The village has evolved into the usual, unremarkable, suburban hell hole, clones of which dot India. Growing up in a village with more temples than was necessary, it was no wonder that the Ramayana fascinated me. Ironically, I was drawn to the anti-hero of the epic Ravana, and to his people, the Asuras. I wondered about their magical world. But my fascination remained dormant for many years, emerging only briefly to taunt and irritate my pious aunts during family gatherings. Life went on, I became an engineer; joined the Indian Oil Corporation; moved to Bangalore; married Aparna and welcomed my daughter Ananya, and my son, Abhinav. But the Asura emperor would not leave me alone. For six years he haunted my dreams, walked with me, and urged me to write his version of the story. He was not the only one who wanted his version of the story to be told. One by one, irrelevant and minor characters of the Ramayana kept coming up with their own versions. Bhadra, who was one of the many common Asuras who were inspired, led and betrayed by Ravana, also had a remarkable story to tell, different from that of his king. And both their stories are different from the Ramayana that has been told in a thousand different ways across Asia over the last three millennia. This is then Asurayana, the story of the Asuras, the story of the vanquished. 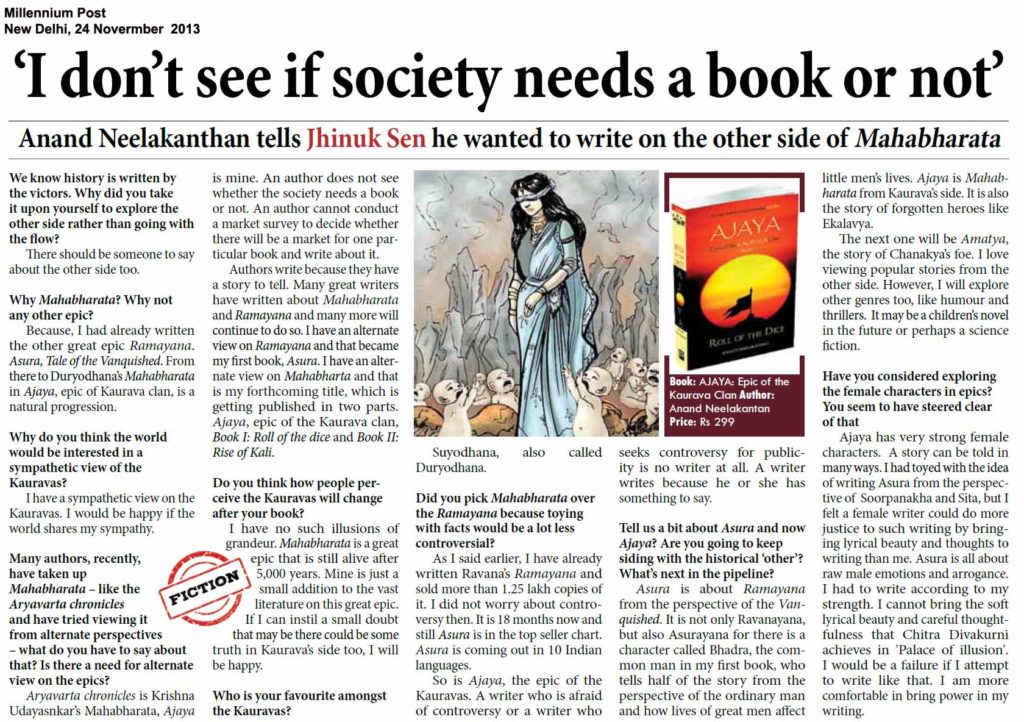 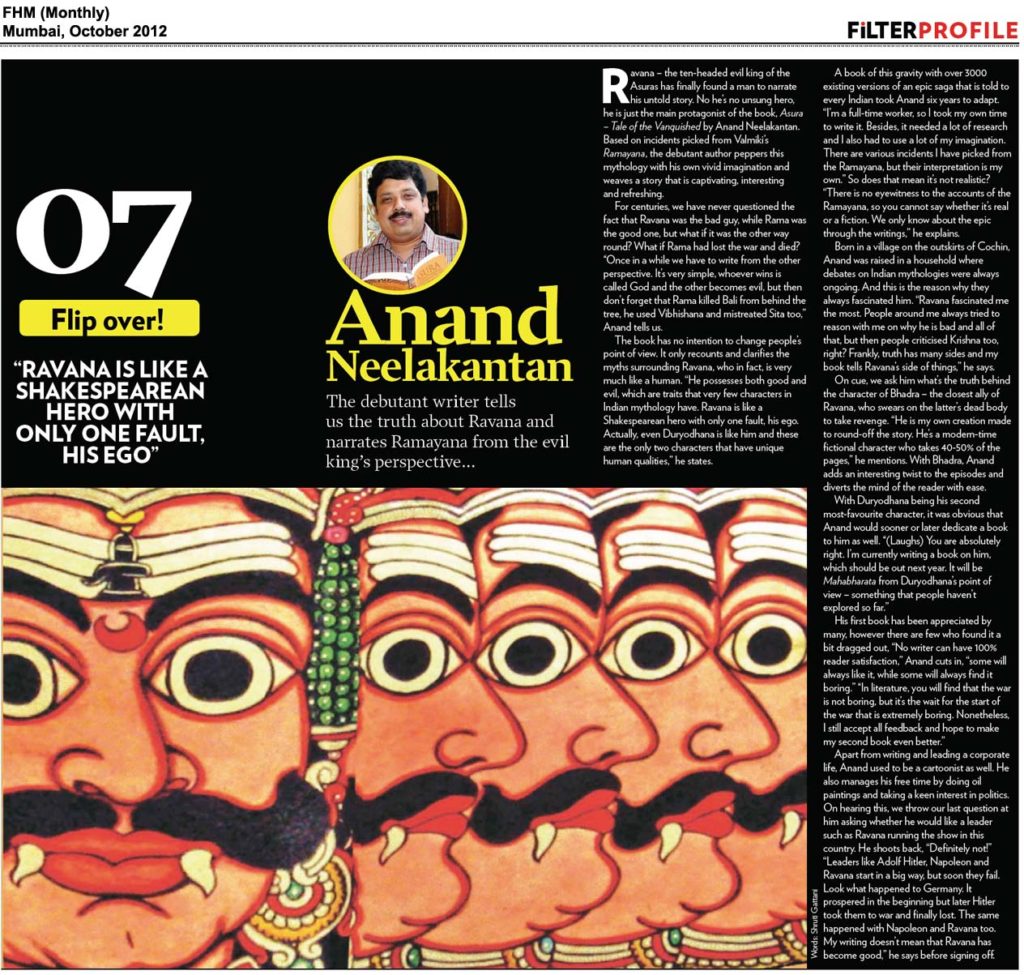 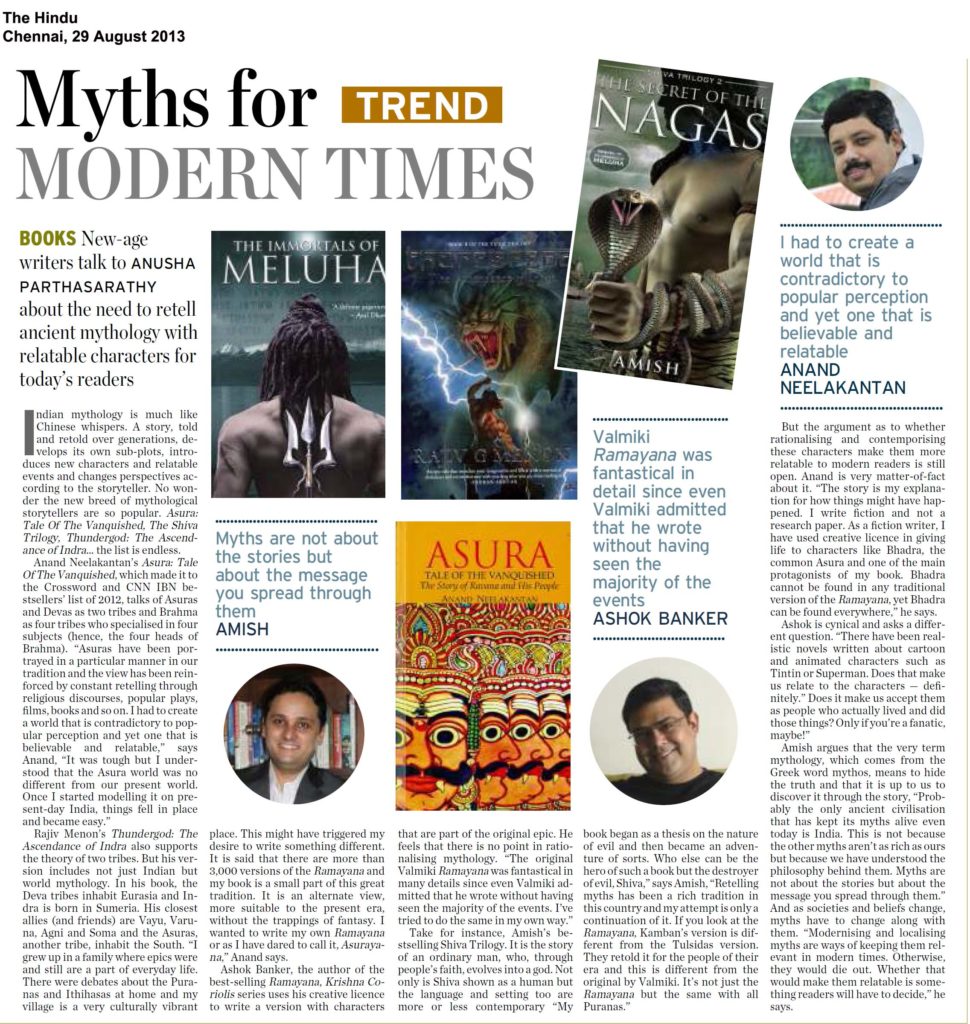 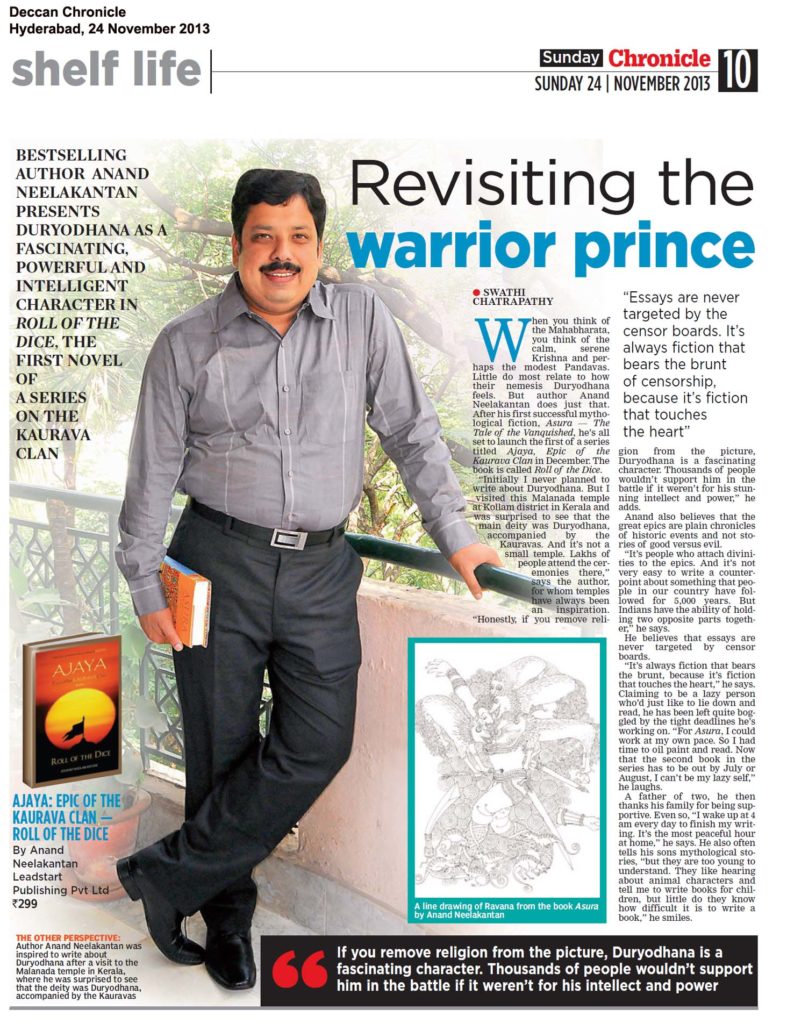 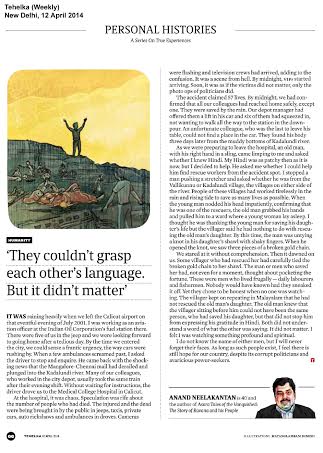 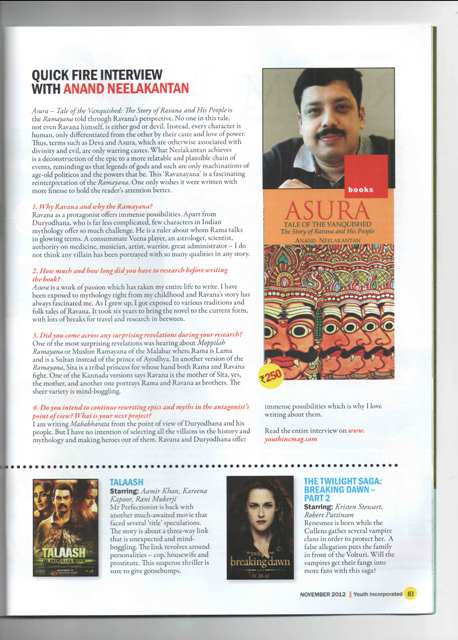 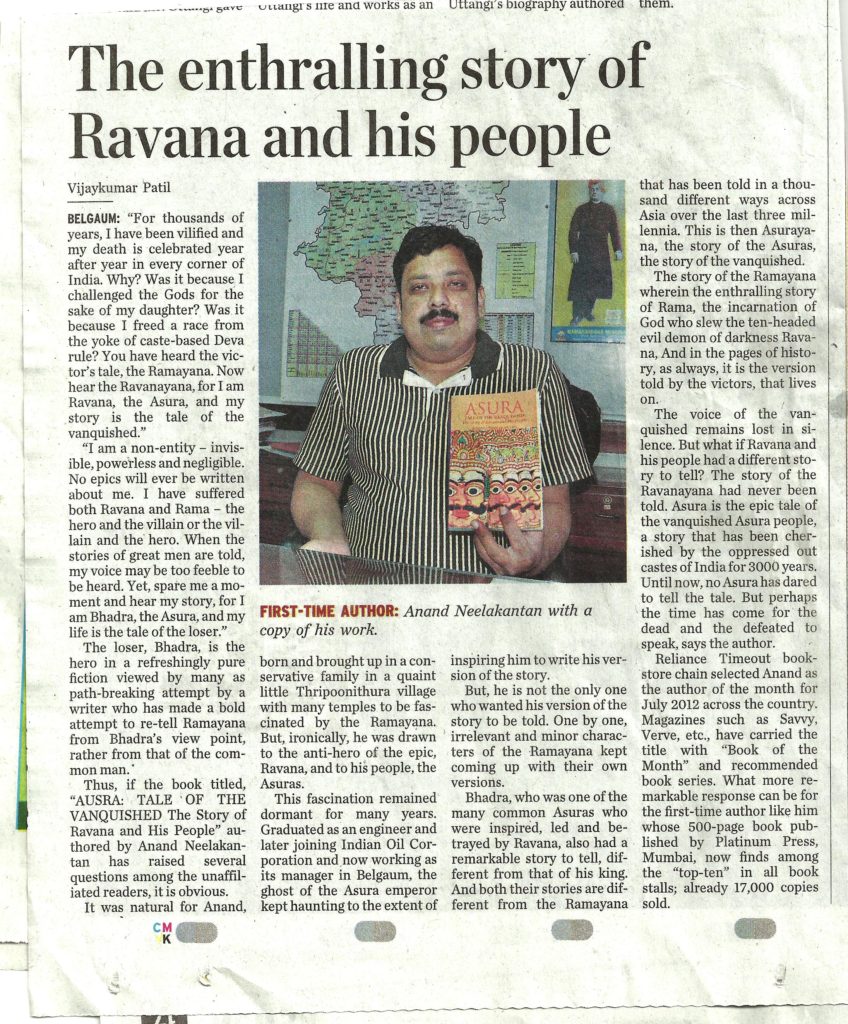 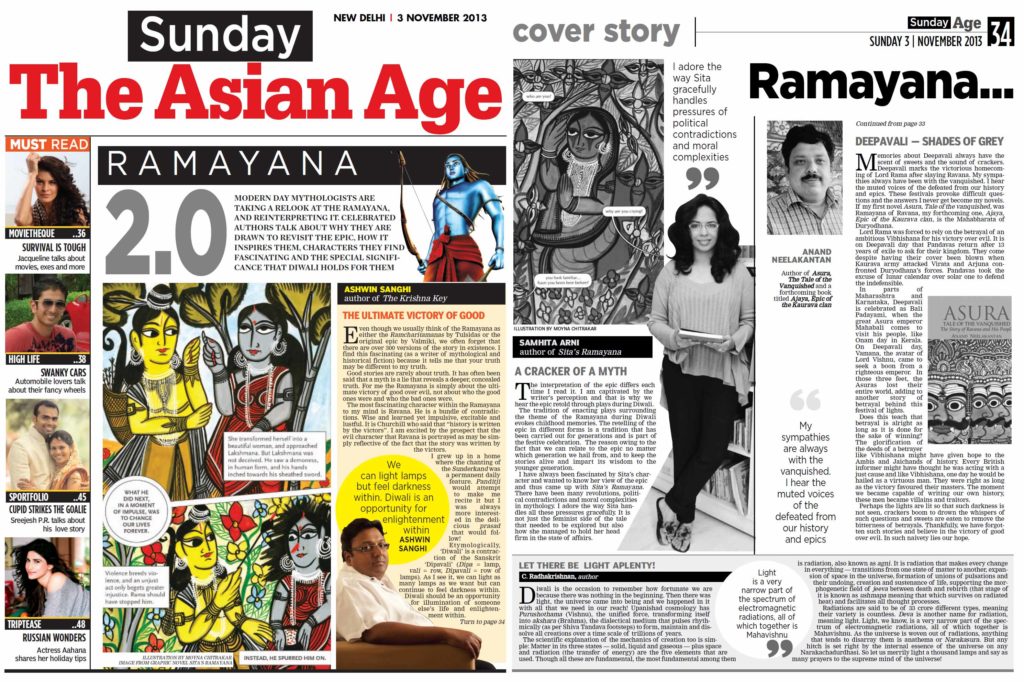 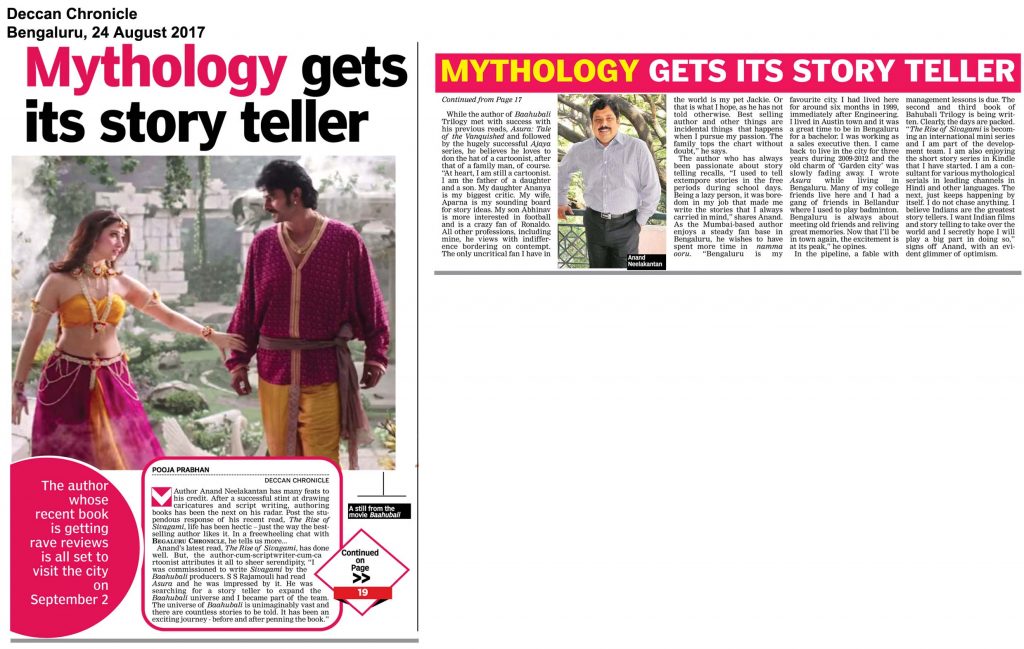 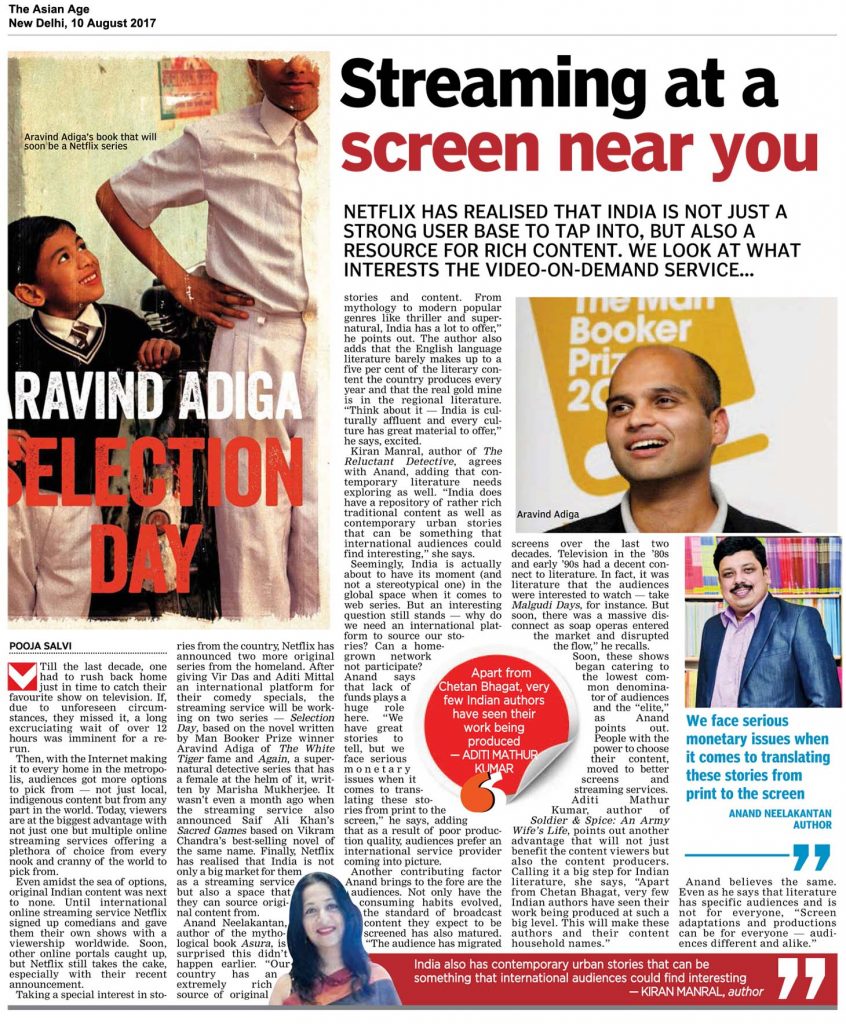 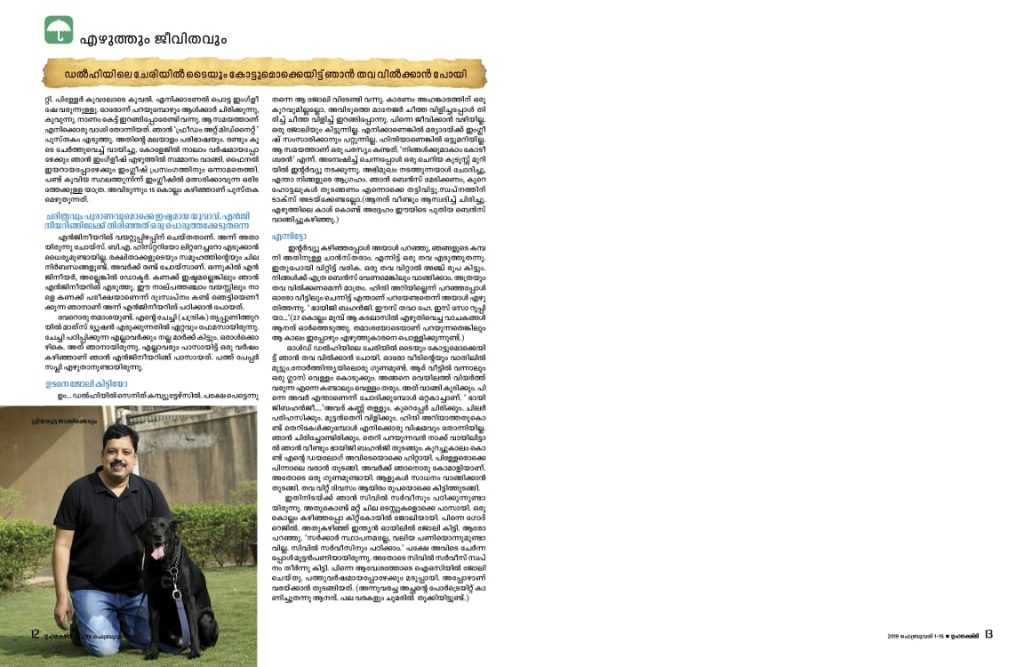