Shikhandini : Warrior Princess of the Mahabharata

Centuries have passed since the Great War of Kurukshetra, but her name is still uttered in hushed whispers – eunuch, hijra, neither man nor woman… But was this all there was to Shikhandini, Princess of Panchala? Was this her only identity?

The firstborn of King Drupada, Shikhandini was trained to be a warrior from early childhood. She became a Rathi, and then an Athirathi, a warrior of unmatched valour and skill, who singlehandedly defeated the hundred Kaurava brothers in battle. All her life she strove to fulfil one goal – to slay the Maharathi of Hasthinapur, in a trans-generational act of vengeance.

But was this her final destiny?

At the Battle of Kurukshetra, when the Pandava brothers seem to have lost all hope and are facing defeat, it is Shikhandini who joins them and turns the battle in their favour. If not for her, history would have been written differently. But what was the price she paid? How far did she go in order to prove herself and accomplish her goal? What did she sacrifice along the way? Was she just a pawn in the game between the Kurus? Or was she a true hero, conveniently forgotten because she was not born a man?

In this retelling of epochal events, Shikhandini’s transformation from woman to man, based on ancient medical science, is what makes this story both riveting and real in its validity, human intensity, driven purpose and ultimate sacrifice. In this new dawn, when the third gender is finally gaining acceptance and identity, it is perhaps time Shikhandini’s story was retold in all its tragic glory.

There are no reviews yet.

Be the first to review “Shikhandini : Warrior Princess of the Mahabharata” Cancel reply 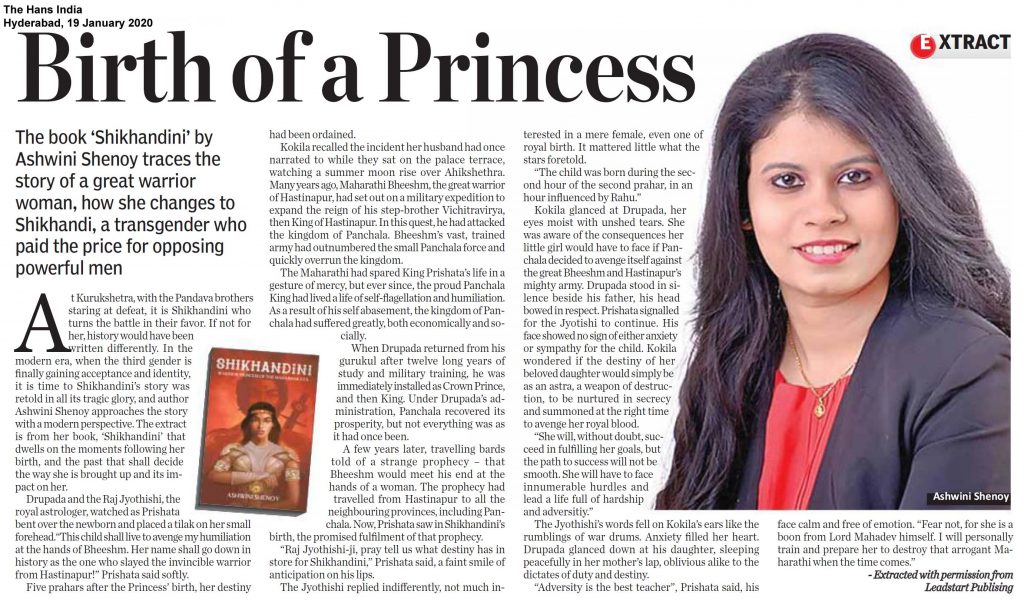