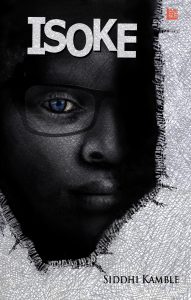 Isoke, a native African with white skin and golden hair, is a resilient teenager who encounters immense adversities which are essentially the corollaries of her skin condition. The abyss is dark, but she sees light in the form of an extraordinary power - the ability to rid people of their torment.

Her life takes a whole new course when two gruesome murders leave village Mauho in a state of unmitigated dismay. With the help of her affable English teacher, Isoke decides to take matters into her own hands even though it comes at the cost of her own well-being. While she’s at it, her father undertakes a new occupation that gives his life a new, abominable turn - the consequences of which change Isoke’s life forever.

This story of hope, loss, resilience and reorganising society unravels the potential of an unusual teenager who takes a stand against those who loathe her existence by choosing to underline a new standard of beauty - one that goes far beyond physical attractiveness.