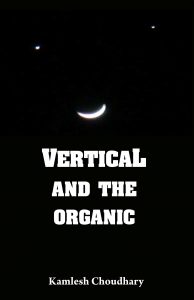 Keshav; born in the majestic land of Ranipur village, was another nobody when something hit him early on. What was that?

Did it originate from the white soil of the village, the aural sun, or the smiling moon?

Whatever it was, it had Keshav picking-up a purpose and a direction.

But soon enough life hits him yet again. And even though, he decides to follow the course, he is led by two powerful forces.

What are these forces leading him into the future?

What do Diwakar, Hansini, Shalu, Shirmin and Shivli mean to Keshav and what impact do they have on his journey?

Will Keshav be defeated by the very forces he looks up to as gradients to victory?

Or will he be able to reach his goal without them?

Will all his efforts to win a heart, be fruitful?

In time-he must make the most of the powers in his life.

But…powers have forces, and forces have blows…and Keshav must bear his share.

Can he insulate himself from his share of blows or take them head-on?

Finally, it is time for Keshav to ride the crest and do all what it takes to reach his ambition- the force to be!

Do the two forces complement or oppose each other?

Does Keshav believe that it’s only vertical, and not the organic force that alone can bring victory?

What does Keshav conclude?